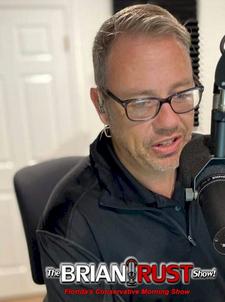 Who is Brian?  Born and raised in Northampton Massachusetts, Brian started his radio career at his hometown station WHMP-AM and later WHMP-FM.  While spending the majority of his career working as both talent and programmer for multiple Top40 radio stations around the country which included several legendary stations from Connecticut to Mobile, AL and in between.  His first love for talk radio started when interning for legendary 680am WRKO in Boston, Brian later programmed a total of 3 news talk radio stations including WYOO / News Talk @ 101.  After an absence of almost 11 years he is returning to News Talk @ 101 to host The Brian Rust Show.  This show is going to touch on Brian’s conservative believes and will feature his unique personality.  Brian has lived in Bay County since 2006 and has twice run for local office and has since been very involved in the local political scene.